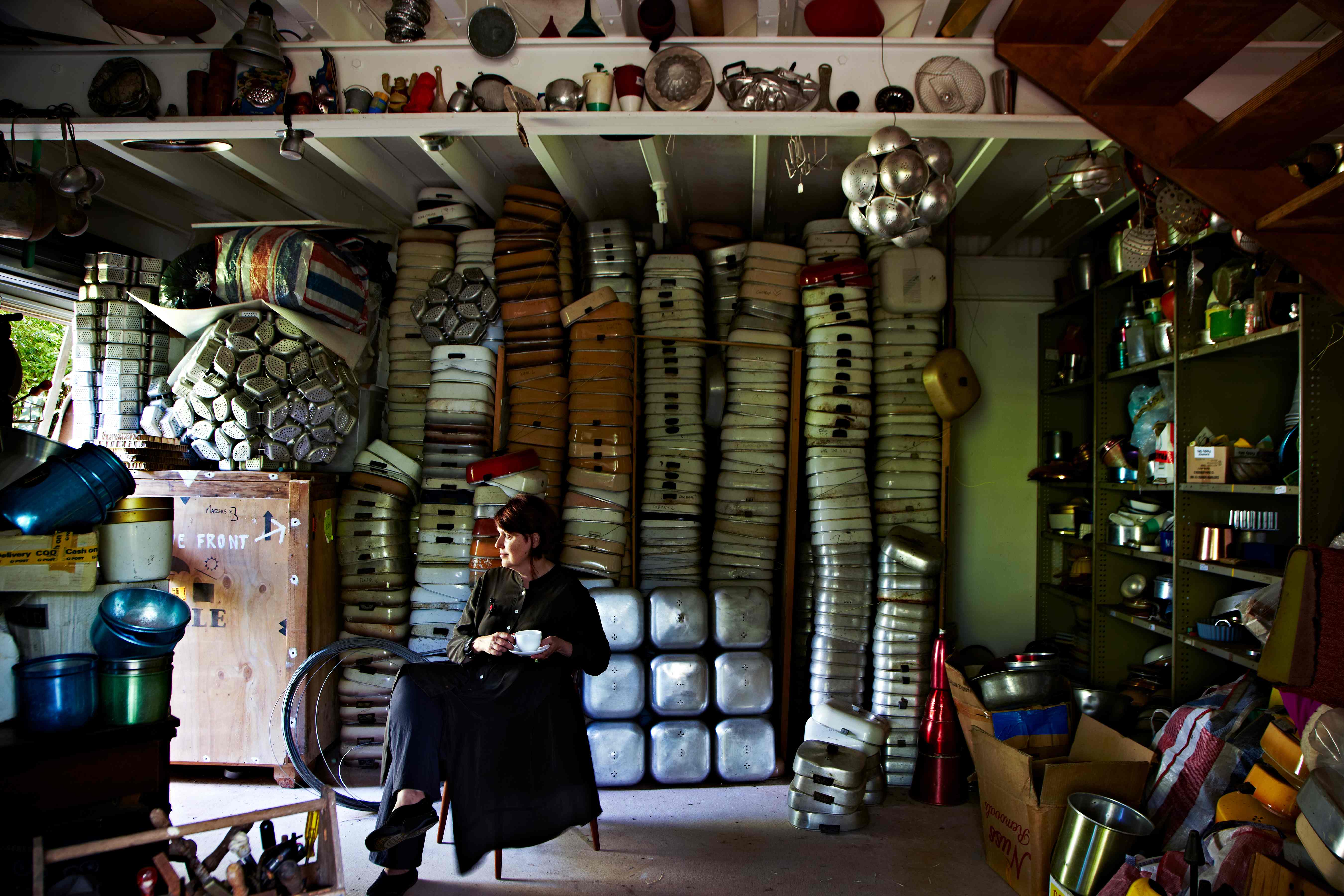 Donna Marcus is an Australian artist best known for her use of vast collections of discarded aluminium kitchenware. Constructed from discarded kitchen utensils – plastic and aluminium teapots, lids, jelly molds, steamers, colanders, egg poachers and bottle-tops – her sculptures draw viewers into a world of kitchens both remembered and imagined. Marcus is engaged by the stories evoked by these objects, and by the familiarity they engender in many viewers. Their original uses in post-war kitchens are recalled and extended by the process of assemblage, as they are combined into the repetitive forms of modernist grids and spheres. The materials themselves generate another layer of reference, and further extend the modernist impulse to regularity, repetition and dream.

Marcus’ work has been exhibited extensively in Australia and included in many national sculpture surveys (Helen Lempriere Award, The McClelland Survey +Award and the National Sculpture Award at the National Gallery of Australia). In 2007 she was included in ‘Smart works: Design and the Handmade’ at the Powerhouse Museum, Sydney. In 2008 ‘Second Lives: Remixing the Ordinary’ the inaugural show at the Museum of Art and Design, New York. In 2010 her work Redroom was chosen to represent Queensland in the Australian Pavilion at the Shanghai World Expo.